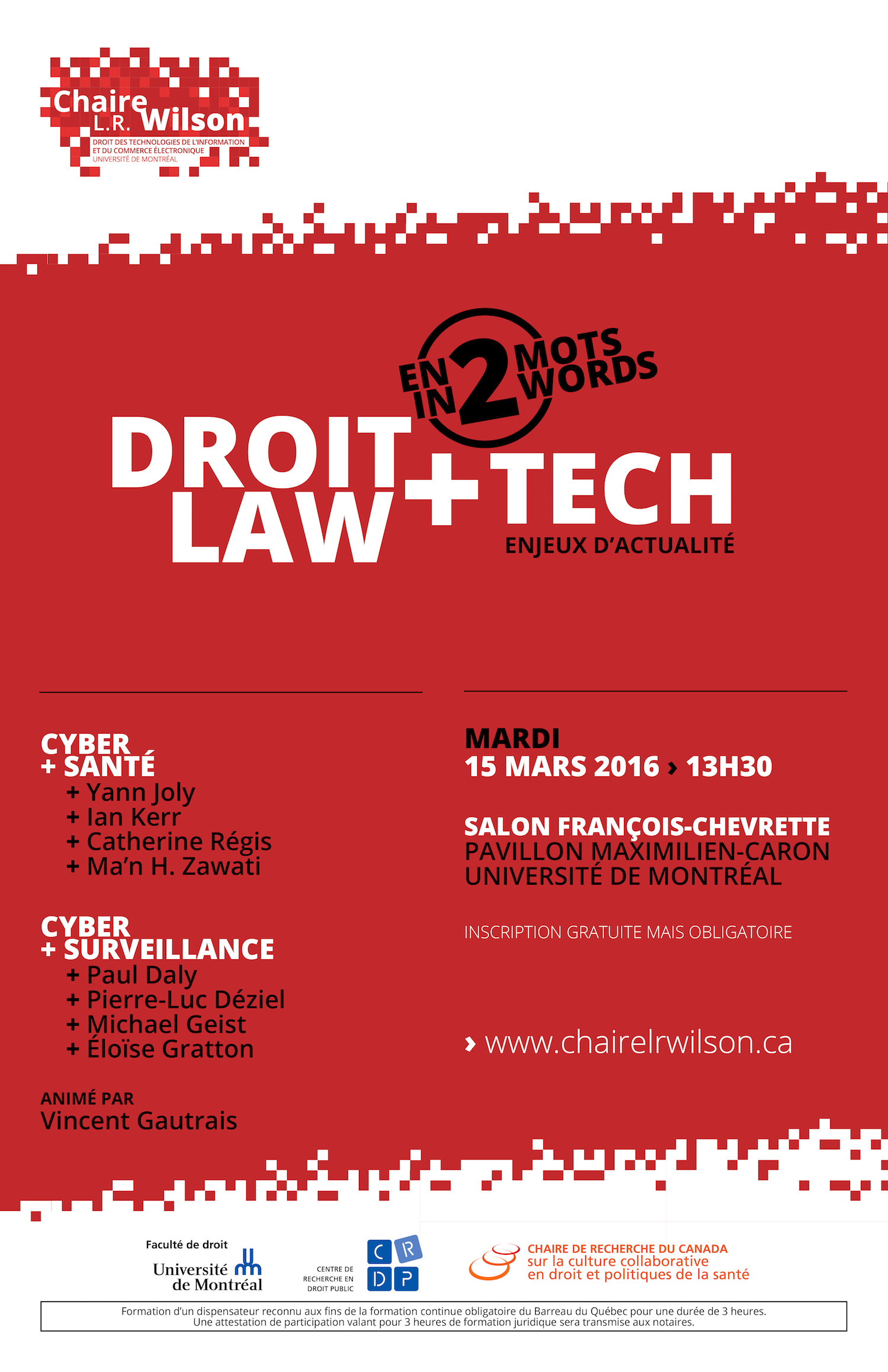 Speakers will address their topic in french or in english. A Q&A session with the audience will follow the presentations.

Free entrance, however the registration is mandatory (see bellow).