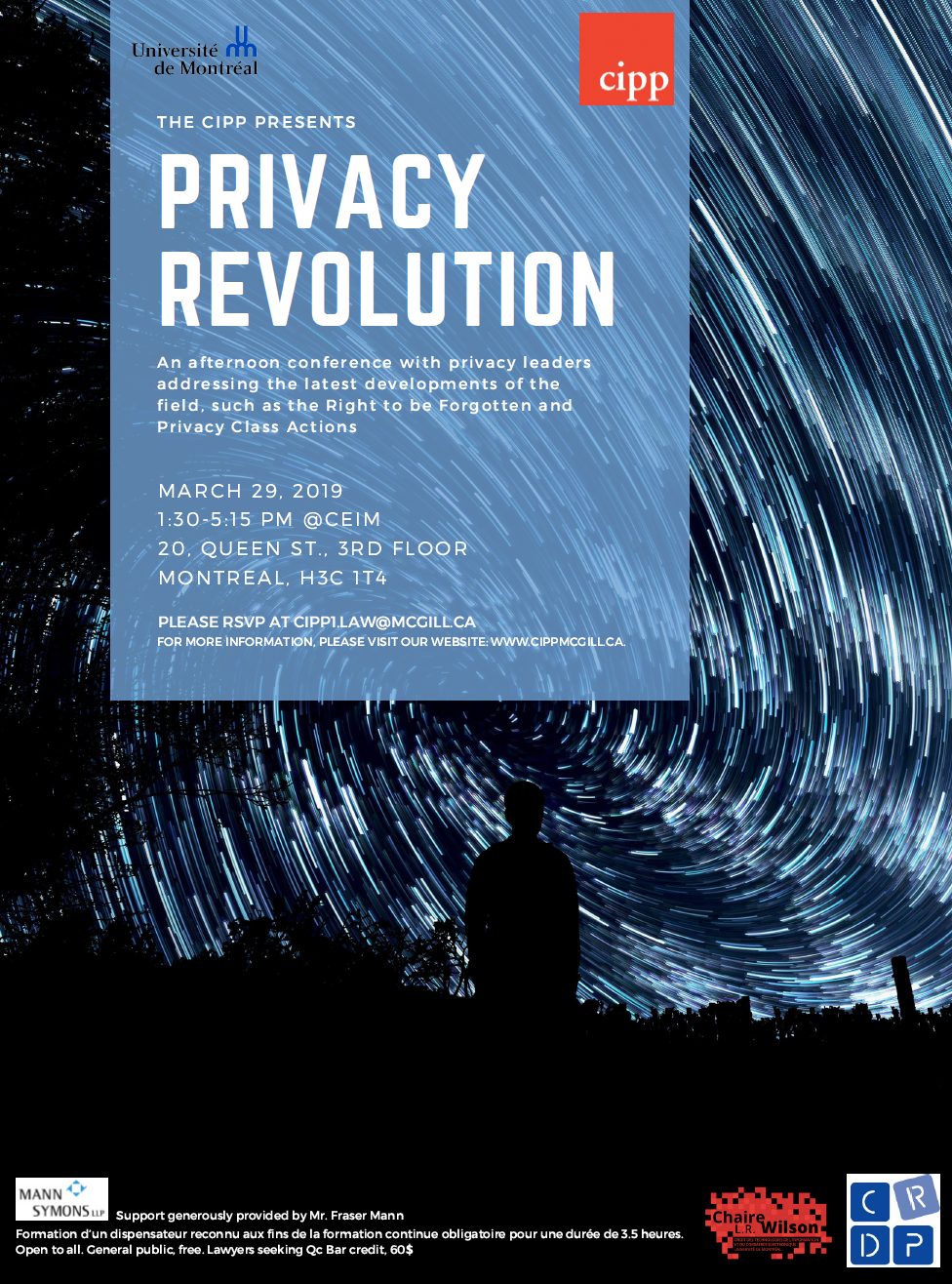 This content is not available in the selected language.

McGill’s CIPP cordially invites practitioners, policymakers, researchers, and students to join the field experts in their bold attempt to conceptualize the recent developments in privacy and draw a roadmap for the next steps to be taken in Canada. With great consequences on litigation, consumer relations, and innovation, the stakes have never been higher than now.

The right to be forgotten is currently the pivotal element of how legal systems balance privacy, reputation, and speech. Embraced in the E.U. first by the European Court of Justice in Google v. Spain and then by the GDPR, while strongly rejected in the U.S., it is unclear where Canada will stand in the divide. Privacy class actions, rejected by the U.S. Supreme Court last year in Spokeo, and currently under debate in the E.U. with Schrems filed at the Austrian supreme Court, will determine whether millions of citizens around the world can sue corporations for privacy breaches. With privacy class actions filed in Ontario against Bank of Montreal and potentially in British Columbia with a second Douez, where Canada will stand is also to be determined. These two issues have the potential of changing the corporate liability landscape for any company that interacts with technology and personal information.

Aimed at bringing together the leading experts (whose presentations will be published by the CIPP as part of an ongoing collection), this conference poses a unique opportunity as Canadian lawmakers and courts tackle complex agendas, such as a possible adoption of the right to be forgotten in Canada or the outlook as regards privacy class actions.

As privacy is being redefined amidst recent scandals involving technology giants and strict privacy regimes introduced by the EU, should Canada hop on the wagon? If so, which one?